A few words about the attractiveness of the region! 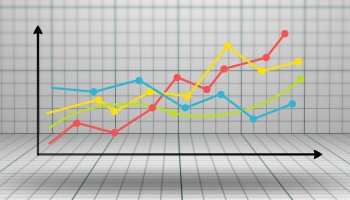 The Krakow Metropolis is an innovative area and an ideal place to live. Do you want to know why? See for yourself!

A region worth investing in and exporting!

A province that attracts you!

The Małopolska Region is an area that stands out from the rest of the country. Located in the very center of Europe, it is an ideal place to live and run a business for many reasons. Małopolska is the most attractive tourist region in Poland, rich in culture, with an amazing history, but also innovative, entrepreneurial and forward-looking. Małopolska is an area of ​​world-class monuments and natural wealth. In turn, the best example of his innovativeness and entrepreneurship is the fact that Małopolska was awarded the title of the European Entrepreneurship Region 2016. This prestigious title is the Committee of the Regions award for those areas that presented the most forward-looking visions of entrepreneurship development in Europe. Małopolska is the first voivodeship in our country to receive this distinction. The Małopolskie Voivodeship maintains a constant, high rating granted by the Fitch Rating Agency for foreign currency and domestic currency debt at the A- level. The voivodeship is also a prestigious academic center which, with 28 public and private universities, is the second largest academic center in the country.

An attractive region for investors!

According to the latest report from the series "Investment attractiveness of Polish voivodeships and sub-regions 2016", the Krakow sub-region was among the three most attractive sub-regions in Poland for service and technologically advanced activities (second place after Warsaw). The attractiveness of this area for industrial activity is also high. According to the authors of the report, such a position of a subregion is determined by rich labor resources, social infrastructure and cultural offer. An additional advantage is the presence of economic activity zones in the municipalities of the Krakow Metropolis and one of the most dynamically operating economic zones in Małopolska. It is the investment areas in Niepołomice, Wieliczka, Skawina and Kraków covered by the zones that gather dozens of innovative enterprises that influence the development of the region. It is worth mentioning that about 77% of the direct foreign investment stream that went to the Małopolskie Voivodeship in 1989–2017 was accumulated in poviats located within the Krakow Metropolitan Area. More than 60% of the expenditure was found in Kraków. 87% of the total number of foreign entities in Małopolska are located in KMA. It proves the incredible attractiveness of the investment areas of the Metropolis. The activities undertaken by the municipalities of the Metropolis are also important, including the investor service that improves every year and broad investment support programs. One of such programs is the tax relief program operating in our country for several years under the name of Polska Strefa Inwestycji. It is a real help for entrepreneurs who decide to allocate their funds in Małopolska.

There are over 3.9 thousand businesses in Małopolska. exporters, which gives the region the 4th place in the category of the number of exporting enterprises in Poland (more companies are located in Mazovia, Silesia and Greater Poland). The value of exports from the Małopolskie Voivodeship in 2018 is over EUR 10 billion, which accounts for 4.6% of domestic exports (6th place in the country after the Śląskie, Mazowieckie, Wielkopolskie, Dolnośląskie and Pomorskie voivodships). Activities aimed at supporting exports have been visible in the voivodeship for many years. European funds, including those from the Regional Operational Program of the Małopolskie Voivodeship, play a very important role in this respect. The program made it possible to launch a number of projects which, by co-financing foreign missions, participating in industry fairs or comprehensive assistance in entering foreign markets, allow Małopolska exporters to think realistically about developing their international activities.

More than half of the value of trade in the Region is sent from Kraków and the neighboring poviats: Kraków and Wieliczka (only the Oświęcim poviat has a comparable strength to the two previously mentioned). Kraków generates 24% of Małopolska's exports (approx. EUR 2 billion), and together with Wieliczka and Kraków poviats, almost half. In the project "Map of Brands. Małopolska Region ”, 94 companies have been identified in the KrOF area that can increase the competitiveness of Małopolska brands on foreign markets (17
of these companies received the status of brand ambassadors on the domestic and foreign markets - in Krakow and other KrOF communes).

The Krakow Metropolis is an area of ​​cooperation between municipalities located in the Krakow and Wieliczka poviats, as well as the city with poviat rights - Krakow. Cooperation between local government units allows for the synergy effect in the implementation of a supra-local approach to solving common problems and maximizing the potential of all units. The integrated territorial approach, which is the basis for the operation of the area, aims to eliminate barriers to the development of the functional urban area of ​​Krakow and to use the specific territorial potentials of individual communes. The key areas of joint activity of communes include: development of economic development infrastructure, development of road infrastructure, implementation of projects aimed at improving energy efficiency, conducting activities in the field of reducing air pollution (with an emphasis on reducing low emissions), conducting investments in sustainable transport, improving water and sewage management, improving waste management and developing health care infrastructure. In order to work even more effectively for the region, the Krakow Metropolis Association was established in 2014. Its main goal is to tighten cooperation between local governments and maximize the use of their potential. The total area of ​​KrOF is approximately 127,500 ha, of which approximately 26% is occupied by the city of Kraków, and the remaining 74% - by the suburban area. The Krakow Functional Area, in comparison with similar areas in Poland, is characterized by great economic strength. The driving force of the economic potential of the area is Krakow - an attractive center both in terms of economy, as well as tourism and science. The value of GDP per capita in the area of ​​the Krakow Metropolis in 2018 was around PLN 71,000. In recent years, there has also been an increase in the economic activity of entities in KrOF
per 10,000 inhabitants. In 2016-2018, the median of this indicator increased
from 1.201 to 1.279. Observing the investment activity, KrOF is an area that also stands out on a national scale.

In the opinion of investors, Krakow is an attractive place to locate investments mainly due to the availability of the "talent market", highly qualified staff, and then due to transport accessibility (airports, trains) and cooperation with local universities. [9]Krakow was also indicated as one of the two centers where the service sector is a local specialization, i.e. where there is a significant overrepresentation of employment in the business services sector. In Krakow, several dozen international companies operate in the advanced business services (BPO) sector and employ over 80,000 people. people, which constitutes over 28% of the total number of employees in the country. 41% of them in Krakow work in the information technology (IT) industry. Kraków is a leader in terms of average employment in modern business services centers. In 2017, Krakow, with the result of 195 modern business service centers, was ranked second in Poland in terms of their total number.

About 11% of start-ups registered in Poland operate in Krakow. Krakow start-ups specialize in conducting big data analyzes and providing Internet of Things 2.0 services. This is a clear advantage compared to other cities, which can positively affect the development of industry 4.0. Start-ups operating in Krakow are leaders in obtaining funds. As much as 40% of those who collected over PLN 10 million come from Małopolska.

Strength in the community!

In the report "Investment attractiveness of regions 2017" prepared by the Warsaw School of Economics, the vast majority of KrOF communes were listed as distinguished by investment attractiveness. The authors of the report use the distinctions to assess the sectors of the national economy, industry, trade, tourist services and professional services. The highest level is "golden star" and the above-average rating is "orange star". In the group of rural communes, the highest scores were given to: Liszki, Michałowice, Mogilany, Wielka Wieś, Zabierzów and Zielonki. One level lower were Biskupice and Kocmyrzów-Luborzyca. In the group of urban-rural communes, the highest scores were obtained by Niepołomice, Skawina, Świątniki Górne and Wieliczka. Of course, Krakow received the highest marks among municipalities.

The great advantage of the region in relation to other areas is demography and innovation. According to the latest data, the Krakow Metropolis is inhabited by about 1.5 million inhabitants, the vast majority of which - the city of Krakow. In KrOF itself, with regard to demographic forecasts in the long term, an increase in the number of inhabitants is expected. In 2016-2030, the forecasts of the Local Data Bank assume an increase in the population in the KrOF area by over 50,000 inhabitants, which is an increase of 5.2%.